Voters pulled the lever for some big changes in drugs, policing and prisons this year. Here are the roadblocks they’ll hit in 2021.

One of the biggest unfinished stories of November’s election was the sweeping changes voters demanded of the American justice system.

Dozens of states and cities had justice-reform initiatives on the ballot, some radical, and the results were far more one-sided than the national elections. Drug legalization initiatives won in red and blue states, including in Oregon, where voters opted to decriminalize personal possession and use of even cocaine and heroin. New or revamped police oversight boards were also approved in nearly a dozen cities.

But change is rarely so simple in politics. A big policy reform can take months, even years, to go into effect—which gives opponents plenty of time to build new leverage, and maybe even work the system to block it. Police unions are already gearing up to fight proposed changes to their disciplinary processes; a conservative governor is helping an effort to block cannabis legalization; and even public opinion, given time, can swing back, as it did with bail in California.

So, what really happened this November when it comes to criminal justice reform—and, more important, what happens next? Below are five of the most consequential ballot measures of 2020, and the not-so-straightforward paths that still lie ahead for them. 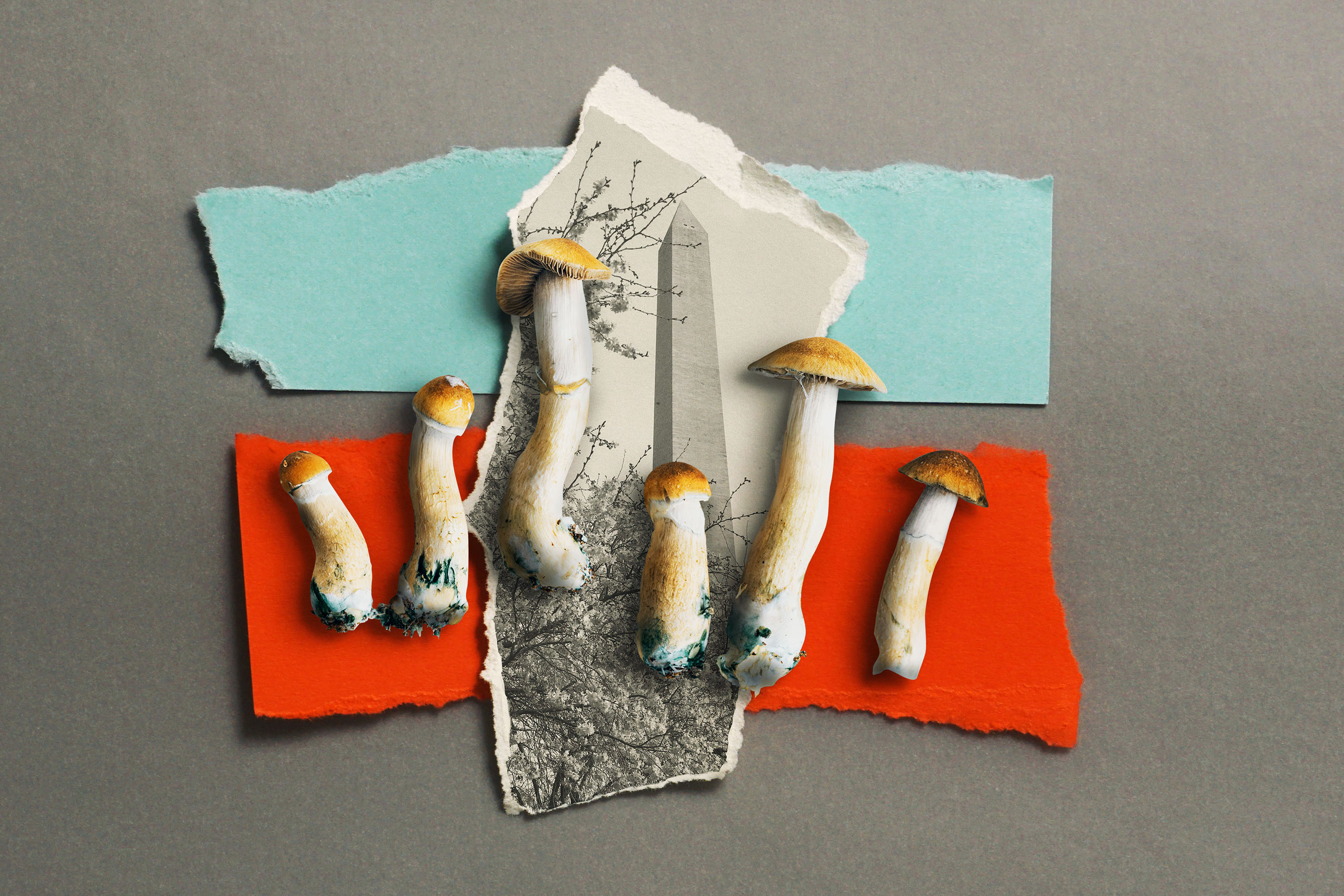 Will Washingtonians be able to get high on shrooms near Congress?

Washington, D.C., voters overwhelmingly voted for a ballot measure in November that would all but decriminalize the use of psychedelic plants such as mushrooms, peyote or ayahuasca. The measure would make prosecution of such offenses one of the district police’s “lowest law enforcement priorities.” But residents of the nation’s capital have to wait a little longer before they can permissibly use natural hallucinogens.

First, the voter-approved initiative goes to the D.C. Council for review, where the legislative body can vote to repeal it. The council has overturned at least five voter initiatives before, most recently in 2018, when it blocked a passed initiative that would have raised the minimum wage for tipped workers such as restaurant servers. However, despite D.C.’s mayor expressing personal opposition to the psychedelics initiative, a spokesperson for the council chairman told the Washington Post before the November vote that, if it passed, they didn’t have plans to block it. It’s unlikely that’s going to change. Already known nationally as a liberal body and having already passed a bill in May that allowed activists get the measure on the ballot, the council tilted further to the left in November with the addition of new progressive members.

But even if the council does nothing to stop the measure from going into effect, it faces a potentially bigger obstacle: the U.S. Congress, which still has the constitutional authority to overturn local laws in the capital. The psychedelics law is set to go into effect after 30 “legislative days”—days in which Congress is in session—from its certified passage (on Dec. 2 this year), giving the House and Senate time to adopt a joint resolution disapproving of the initiative or amendment blocking its implementation. They’ve done it before: In 1998, Congress blocked a measure to legalize medical marijuana approved by D.C. voters. Legalization of medical marijuana was delayed for 12 years until the D.C. Council passed a bill in 2010, which Congress did not overrule during its review period.

Even if all goes right for the supporters of the 2020 psychedelics initiative, magic mushrooms won’t become “legal” in D.C. The laws against their use would simply go unenforced by D.C. police. And Congress has tools to keep it from going any further toward legalization: For instance, every year since D.C. voters approved a measure legalizing the possession and cultivation of recreational marijuana in 2014, Congress has included a provision in its federal spending bill prohibiting the D.C. Council from legalizing the sale of the substance. As other states have fully legalized pot, Washington’s policy remains hung in a kind of long-term compromise.

The one place where ‘Defund the Police’ won in November.

The “defund the police” movement that gripped much of the country’s attention this summer seemed to have all but faded from memory by the fall—only to resurface in political postmortems suggesting it might have hurt Democrats running for Congress. But in the most populous county in the country, “defund” is very much alive.

Los Angeles County voters in November approved a ballot measure that would significantly reduce the sheriff’s office’s future budget. Measure J amends the county’s charter to require at least 10 percent of its general fund be appropriated to community programs and alternatives to incarceration. And while it doesn’t explicitly call for the money to be taken from law enforcement, experts say it effectively does so because it also bars that 10 percent of the budget from going to any “carceral system.” That can include jails, prosecutors and law enforcement agencies like the Sheriff’s Department and Probation Department. In dollar terms, it could shift anywhere from $360 million to $900 million a year from policing to social services.

Will it really happen? The amendment doesn’t go into effect until July of next year, but the county is already taking it seriously: After the measure passed in November, the board of supervisors and county CEO began the process of establishing a committee to determine how the funds will be allocated.

The biggest obstacle to the measure’s implementation, however, is likely to be the economy. In 2020, the L.A. County board of supervisors had to make drastic budget cuts to both law enforcement and social services due to the pandemic-induced recession, and Measure J includes a stipulation that allows the supervisors to overrule it in the event of a fiscal emergency. Should the economy not recover or worsen in the next year or at any time in the future, the board could vote to reduce the percentage of money the measure reserves for social services.

And although there are no pending legal challenges, the door isn’t closed there: A judge over the summer rejected a police union effort to remove the measure from the ballot, but did hold open the possibility of further challenges to its legality after passage. And the opposition from law enforcement isn’t likely to go anywhere; the association of Los Angeles Deputy Sheriffs spent millions trying to defeat the ballot measure in the fall. 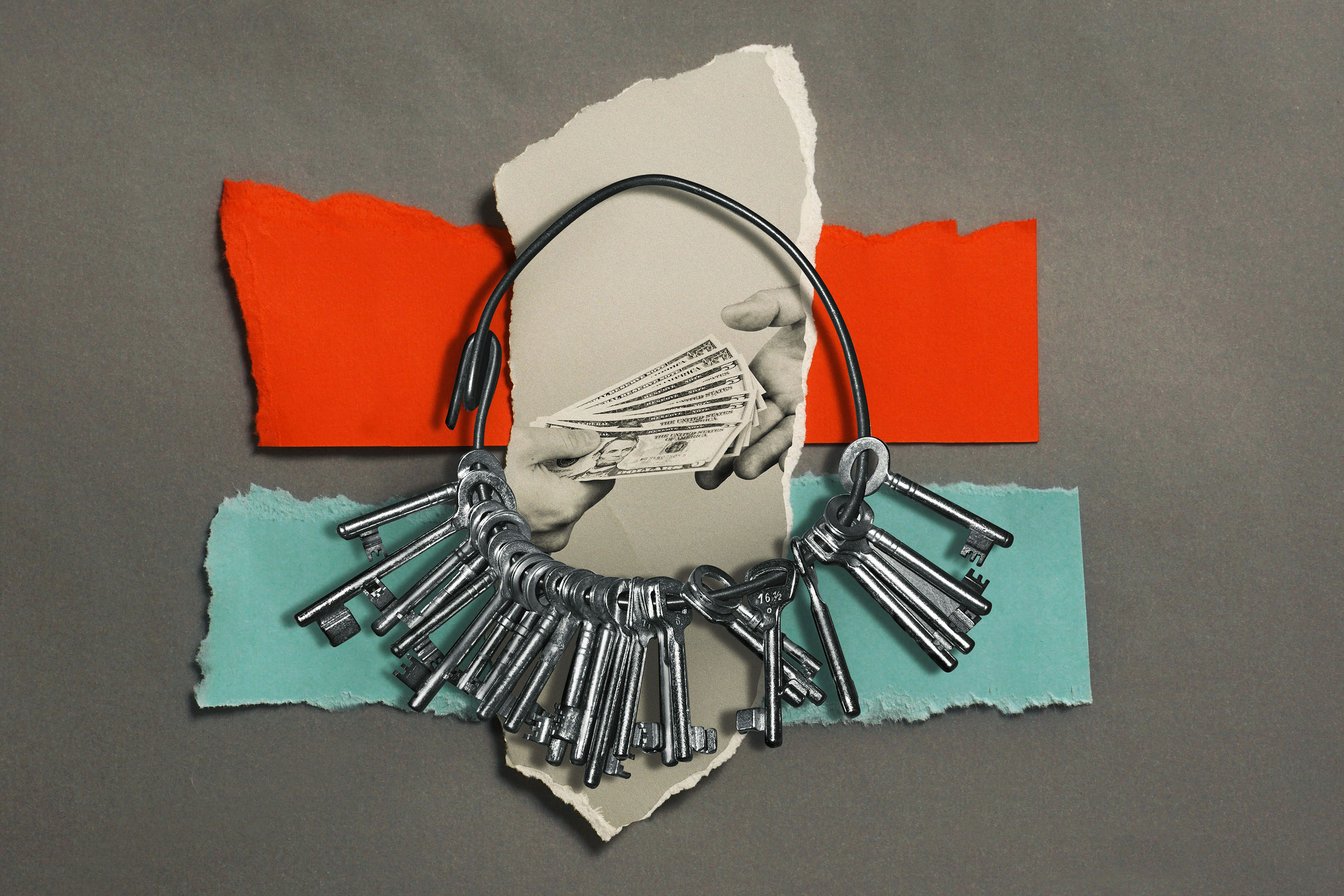 In California, strange bedfellows kill off bail reform. Now what?

Ending cash bail is a huge priority of justice reformers, who see it as a de facto system for jailing poor people who haven’t been convicted of anything.

But the recent policy moves on bail in America’s biggest blue states have been head-spinning. Earlier this year, New York rolled back its pioneering elimination of cash bail for most misdemeanor and nonviolent felony charges, after months of pressure from police and prosecutors. And in November, Californians abruptly threw out a bail reform measure they had supported just two years earlier.

California’s bail-bonds industry supported the defeat of Prop. 25, which would have gutted its business by finally adopting a 2018 voter initiative to end cash bail. But so did organizations like Human Rights Watch as well as local chapters of the NAACP and ACLU, which are opposed to cash bail but were worried about California’s plan to replace it with a system of pretrial detention based on how dangerous a suspect seemed. Many progressive activists fear that such “risk assessment” schemes introduce dangerous new types of bias, either from algorithms or judges.